Everyone is different. Maybe you are adventurous, shy, outgoing, funny, or kind. Before you were even born, your unique personality was beginning to take shape.

Part of the answer to your question is that some of your personality comes from your parents. Just as parents pass down physical traits like hair and eye color to their offspring, they can also give them different personality traits. They’re in your genes, the information passed throughout generations.

But your personality isn’t set in stone from the beginning. There are a few other things that go into it.

That’s what I found out from my friend Chris Barry, a psychologist at Washington State University. He studies personality in young people, including how people express themselves on social media. He was really excited to hear about your question. 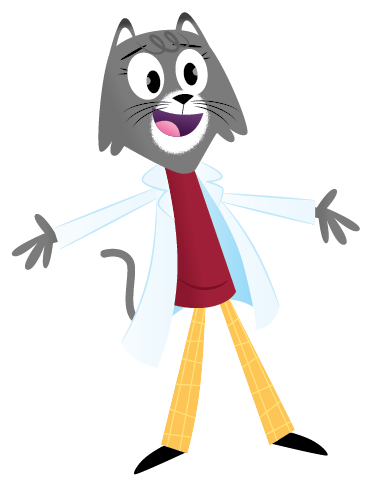 Even as little babies, people start to express their own personalities, he said. Maybe you were a really fussy infant. Maybe you laughed or smiled a lot. As you grew up and learned how to communicate, your personality started to grow, too.

You’ve had a lot of different life experiences and those play into your personality, too. Barry reminded me that humans are social animals. He explained that as the brain develops, you become much more aware of the world around you.

Perhaps your family and friends would suggest you find a napkin. Barry explained that as you get older you are not only more aware of different social situations, but also your own personality.

Humans are often looking for information from other humans to figure out how to navigate the world. Meanwhile, an almond-shaped brain structure called the amygdala is especially helpful as you figure out these new situations and emotions.

You may notice that your family, friends, or others may react to the way you behave. You might learn to change your behavior depending on their reactions. While everyone has their own personality, in a way, other people are helping shape it, too.

Humans have all kinds of words to describe each other’s personality traits. In fact, some researchers have come up with a list of more than 600 characteristics.

Barry explained that we still have a lot of unanswered questions to explore when it comes to understanding personality. He said that while your personality develops a lot as you grow from a baby into a kid, it probably won’t change too much once you become a grown-up.

Based on your question, it appears that you are very curious. That can be a great personality trait. Have you ever thought about become a scientist or researcher one day? Keep asking great questions and you’ll be well on your way.