While humans may be one of the few animals that can give a high five, they are one of many with five fingers and toes.

Humans are part of the primate family, which also includes monkeys, apes, and even lemurs. As a member of the family, you also have fingernails instead of claws and pads on your fingertips that help with your sense of touch.

We actually see a total of ten fingers and toes in a lot of other vertebrates – animals with backbones. Fossil evidence of some early vertebrates show that some creatures had six, seven, or even eight fingers. That’s what I found out from my friend Sian Ritchie, who teaches biology at Washington State University. 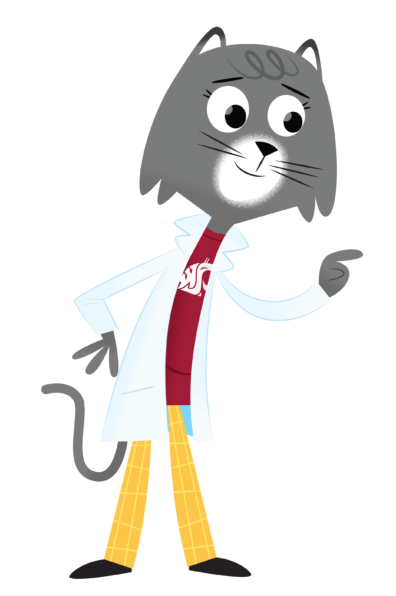 Ritchie told me how animals tend to keep the characteristics or traits that help them survive in an environment. These are called adaptations. They may also over time lose some traits, like a finger or two.

While it’s clear that five is a common number, the truth is we don’t entirely know why it is so common. When we look at animals with five digits we do see some other patterns, including more sophisticated wrist and ankle bones. Those more complex wrists can help animals when they use tools, while ankles can help with things like walking, climbing and balance.

Meanwhile, some animals are actually born with an extra toe or finger. Like most cats, I have five toes on my front paws and four toes on the back paws. My toes help me balance, climb trees, and go on lots of adventures. It turns out there is actually a place in Florida where you can find dozens of six-toed cats.

The writer Ernest Hemingway lived there and he had a cat with six toes. When that cat had kittens, it passed down information through genes. Genes are kind of the blueprint that tell us how to develop. Ritchie adds that Hox genes, in particular, carry a lot of the instructions for humans to develop different parts, including fingers and toes. Our genes help determine our hair color, eye color, and even whether we will be born with a total of ten toes and fingers.

When you were growing in the womb, your fingers and toes were actually kind of webbed. But as time passed, you started to form bone and more defined digits. Believe it or not, when horses are developing in the womb, they also carry some of the genetic instructions for five digits. The ancestors of horses used to have five toes, but they’ve adapted to have only one.