Our sun may be one of the billions of stars in the galaxy, but it’s the only star right here in our solar system. It keeps us warm and gives us light, which is important for all kinds of living things on our planet.

To find out more about how stars like our sun form, I talked to my friend Jose Vazquez, an astronomer at Washington State University.

He reminded me that when we talk about the size of stars, we often talk about their mass. You can think of mass as the amount of “stuff” or matter that makes up an object.

Our sun is a fairly low mass star. The largest known star, UY Scuti, is 1,700 times wider than our sun. Some smaller stars are the same diameter as Earth. But no matter the mass, pretty much all stars start out with the same star stuff.

“It’s kind of like when you make bread, tortillas or cookies,” Vazquez said. “Even though they are all different products, they often require the same basic ingredients and a good mix.”

He said the main ingredients for stars include dust and gas, or molecular stuff. It also takes a lot of time, sometimes millions of years, for a star to come together. In space, some of the places where we find a lot of this gas and dust material is in molecular clouds that are huge and super-cold.

You can think of this cloud, or nebulae, sort of like the bowl that contains your ingredients for a star. Some people have even referred to these molecular clouds as star nurseries.

At first, these particles of dust and gas are often spread out in space. But gravity, an essential force in the universe, can start to pull those ingredients together into different groups of matter that will eventually collapse to form objects called protostars.

When the protostar reaches just the right temperature, a reaction called nuclear fusion begins in its core. The fusion of certain gases, such as hydrogen, can release a lot of energy which powers the heat and light of the star for a long time.

Vazquez said if the protostar doesn’t get hot enough at the core, it actually becomes something called a brown dwarf—not quite a star and not quite a planet, but something in-between. 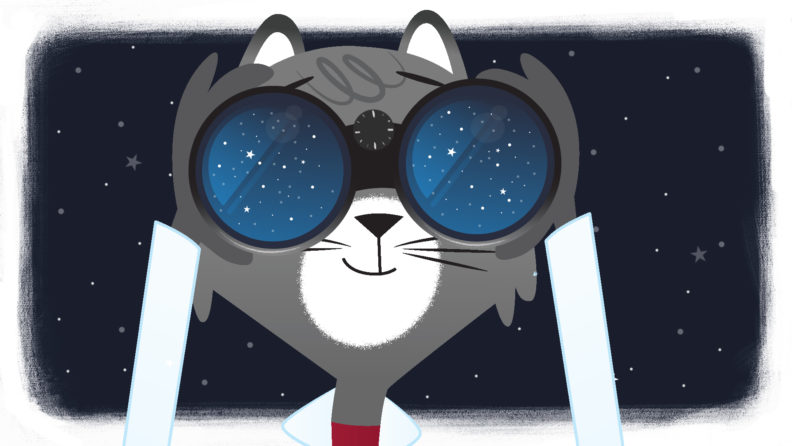 You know, the very question of how stars form is one that scientists continue to investigate. For instance, later this year scientists at NASA are going to launch the most powerful infrared telescope ever into space. The James Webb Space telescope will help humans learn all kinds of things about our universe and even let us get a closer look at the nursery of stars.

The next time you look up to the night sky, think about how many millions of years it takes our stars to form and how it all starts with gas and dust.