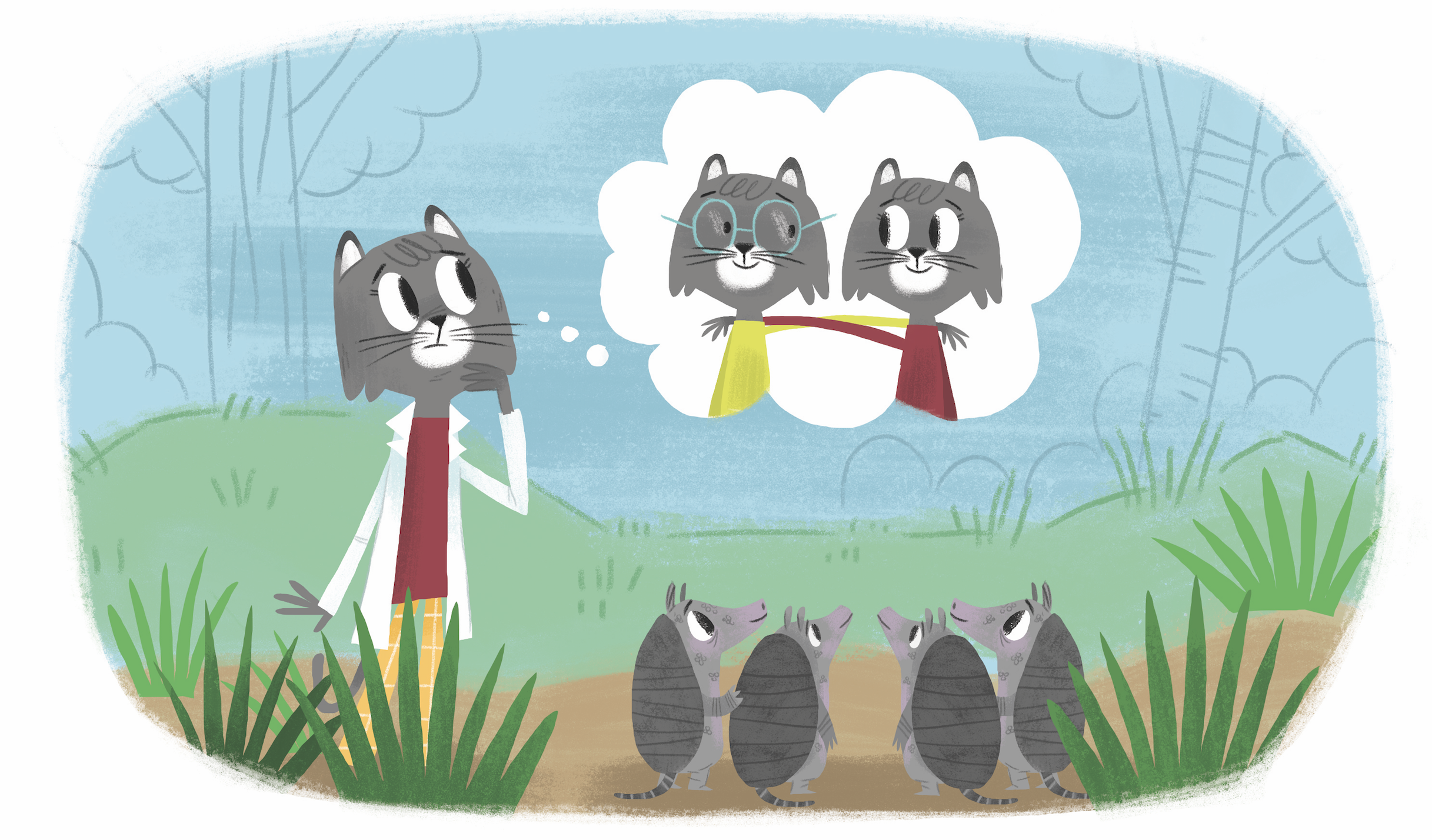 By the time you finish reading this sentence, about twenty babies will have been born into our world. Sometimes they’re twins.

When I got your question, I figured what better place to go than the Washington State Twin Registry based in Washington State University’s Elson S. Floyd College of Medicine. Ally Avery, a researcher who studies twins, was happy to help with the answer.

You may remember that cells are the building blocks of life, Avery says. We are made up of billions of cells. Each one carries DNA, the miniaturized master plan that, among other things, influences how tall we are or what color our hair will be.

When these two kinds of cells come together, the sperm cell fertilizes the egg, which begins growing and dividing.

As you’ve noted, sometimes two babies are born. Twins start their journey like most babies do. Then something pretty rare happens.

Sometimes a single egg cell will divide into two. When I asked Avery why it happens, she said the research hasn’t yet shown us exactly why. It’s still one of the mysteries of science.

We do know that when an egg cell divides into two, identical twins are born. They have very similar DNA and may look alike, but they aren’t exactly the same. They may have very different personalities. They even have different fingerprints.

Humans aren’t the only ones that can be identical. One animal that scientists study to learn about multiple births is the nine-banded armadillo. They are very curious about this critter because it very often gives birth to not just two, but four identical babies.

Of course, not all twins are identical. Some are fraternal. Fraternal twins happen when two totally different eggs are fertilized.

The number of fraternal twins born differs around the world, while the number of identical twins is the same. Again, we aren’t entirely sure why. Registries of twins can help us learn more about twins around the world, though. We know that Benin, a country in central Africa, is home to the most twins on the planet.

Meanwhile, in the Washington State Twin Registry, there are more than 18,000 twins who have agreed to be studied. That’s more than 9,000 pairs of adult twins.

One thing Avery and WSU researchers study is discordance. That means one twin has a health condition and the other does not. They can look at twins living in different environments, how they travel, and how it affects their health. One study has helped them find evidence supporting the idea that living in a place with access to outside activities is really good for health.

Together twins are helping researchers answer big questions that can help improve health for all of us—whether you came into the world solo or with a buddy.