Humans have hair on their heads, arms, and as you mention, even the face. If you feel your face, you might feel some small, fuzzy hairs on your cheeks and forehead. But the hair of your eyebrows is usually a bit thicker.

I asked my friend Mark Mansperger why we have eyebrows. He’s an anthropologist at Washington State University.

Eyebrows appear to serve two main purposes, he said. One of the purposes of eyebrows is to keep things like rain or sweat from rolling down your forehead and into your eyes. 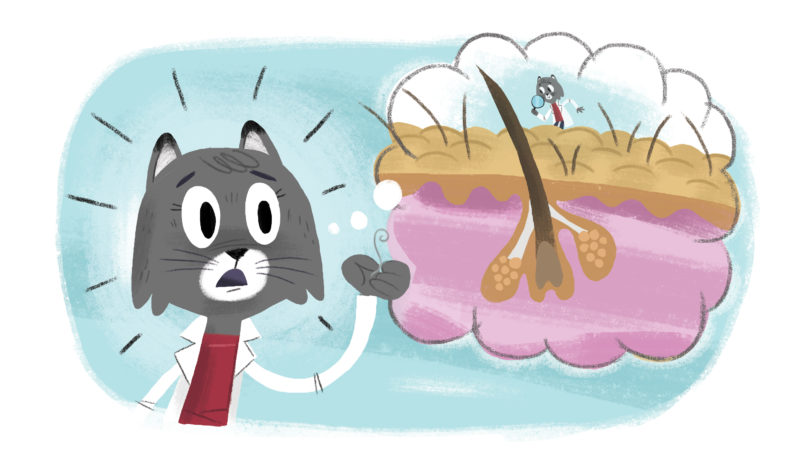 “It guards your eyes in that way,” Mansperger says.

All the hairs on your body grow out of tiny holes on the skin called follicles. Each follicle can grow a single strand of hair. There are tiny little blood vessels in the skin that give the root of the follicle everything a hair needs to grow.

The human body isn’t perfectly symmetrical. Sometimes one eye or eyebrow might look a bit different from the other. Everyone’s eyebrows are just a little bit different.

It’s in your genes

You may have also noticed that some people have just one eyebrow. Scientists have discovered one of the indicators in human DNA that will help determine if someone will grow a unibrow.

Meanwhile, some people’s genes don’t have the typical instructions for growing hair. They have something called alopecia. Alopecia occurs when the body’s immune system attacks hair follicles. People will often lose their hair, including their eyebrows.

All the people on our planet today are part of the species called homo sapiens. And they are part of an order called primates. You may have noticed that ancestors like Australopithecines were very hairy. While humans have less hair now, it is still an important trait.

Eyebrows can also play a part in communication. The muscles inside your face and the hair on the outside can help you make all kinds of facial expressions. A furrowed brow might communicate that you are angry or concerned. Raising your eyebrows might let someone know you are surprised or maybe disapproving.

As Mansperger summed it up, eyebrows serve important functions. They help protect our eyeballs and communicate with those around us.

Finally, eyebrows can also be a bit entertaining. Some people have the talent of raising just one eyebrow at a time or making their eyebrows do a kind of dance. A lot of people can actually train their eyebrows to move using the muscles in their faces. While some people are naturals, others require quite a bit of practice. These 100 kids gave it a try. Maybe you’ll try it out, too.