There are lots of things that make a place feel like home. Your home is probably full of sights, sounds and smells that feel familiar and cozy. Those things are important for animals in captivity, too.

To find out more, I talked with Charles Robbins, a wildlife biologist at Washington State University. He started the WSU Bear Center. It’s the only grizzly bear research center in the United States.

“The most important thing to bears and probably most animals is a feeling of safety—that they’re not being hurt, and the food is good,” Robbins said. “Probably all the same things that you and I would sense if we moved to a new place.”

The WSU grizzly bears live in social groups. They share six dens and take turns exploring and playing in the 2.2-acre exercise yard. Some of the bears came from Yellowstone National Park. That’s a massive place. Wild bears there can roam thousands of acres looking for food and shelter. 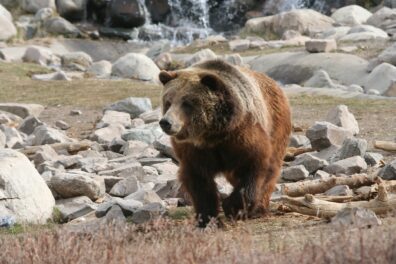 Robbins says that, while the WSU bears have less room to roam, they seem to consider the Bear Center their home. Unlike wild bears, they don’t need to spend 18 hours a day searching for food. They enjoy regular meals, some of which are served in puzzle feeders they can smash or figure out how to open. That’s a kind of enrichment that keepers use to keep animals physically and mentally healthy.

“I don’t see any desire to return to the wild,” Robbins said. “I’ve had deer and elk in pens here at WSU, and when they get out, usually they just return to the pen. That’s where the food has been. It’s where their friends are. The rest of the world is scary. They don’t know what’s out there. But they do know what’s at home.”

The bears that come from Yellowstone can’t live in the wild. They’re “problem bears.” That means they got too close to people. Usually this happens when people make bad choices that draw bears like leaving out food or garbage. The rangers at Yellowstone move those bears to remote areas two times. If they come back a third time, they can’t live at Yellowstone anymore. 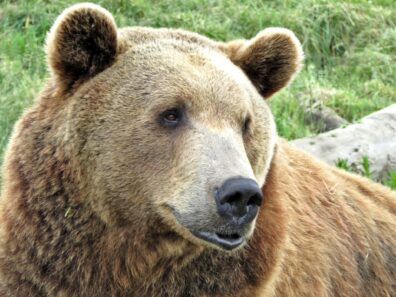 The WSU bears help scientists understand bears better. Zoos all over the world work to keep animals in captivity feeling safe and well fed, but it can be a challenge to replicate their diets and activities they find in the wild. That’s why researchers like Robbins study what bears eat. Zoos and sanctuaries usually feed bears like they’re carnivores. They use feeding guidelines designed for cats or dogs. Robbins used to joke that bear food was just dog food with a bear picture on the bag!

But bears aren’t carnivores. They’re omnivores. Robbins and his teammates found that a carnivore diet has too much protein and not enough fat for bears—especially polar bears and sloth bears. It’s hard on their livers and kidneys. Robbins says captive polar bears need to have their diets switched as soon as possible.

If Robbins’ research can help captive bears eat more normal diets, that will certainly make them healthier and happier. So, as the WSU bears show, animals can feel at-home in captivity if their needs for space, good food and mental stimulation are met. Sometimes they can even help scientists make life better for other animals.