Some people only like paper books. But I love the library app on my phone. It’s like having stacks of library books in my pocket.

For us, a book is pages sewed or glued together inside covers. Another word for an ancient book with pages and a cover is a codex.

That comes from a Latin word that means “block of wood.” Matthews told me that students in ancient Rome took notes on wood tablets. These were tied together with leather and covered in wax. Students used a pointed tool called a stylus to write on it. At some point, someone decided it would be handy to use those wax tablets like covers and stick pages inside—like a book. Matthews said that even Julius Caesar used a codex to record information.

Some of the very oldest examples of books with pages and a cover are around 2,400 years old. Those are rare. More common examples are closer to 1,700 years old.

Before the codex took off, writing was done on scrolls. These were giant rolls of papyrus or parchment. They were often about 30 feet long. That’s as long as a three-story building is tall! Papyrus was made by weaving reeds together and then pounding them flat. Parchment was made from animal skin. 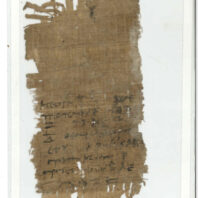 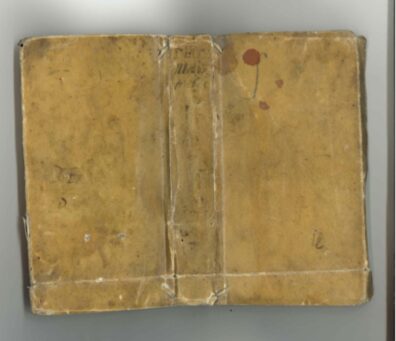 Books with pages have advantages over scrolls. They’re easier to carry. They use both sides of the page. But regular people still didn’t have books for a long time mainly because they were difficult and expensive to make.

Finally, in the 1400s, a German metal worker named Johannes Gutenberg invented movable type. Before this invention, people had to copy books by hand. Or carve giant stamps to ink an entire page at once. Movable type uses stamps for each individual letter. They are movable—because you can make words with them and then rearrange them to make different words. That made it easier and less expensive to print books, which allowed more people to have them.

Humans have always communicated. They told each other stories. They made cave paintings. Eventually those pictures turned into letters. They carved heavy stone tablets or flexible clay ones. They made scrolls, books and eventually the library app on my phone.

Everything we know about books and information is thanks to librarians. Librarians like Matthews guard knowledge so it’s never lost. They make it available for everyone.

“The library is the most democratic institution in our society,” Matthews said. “It doesn’t matter who you are. It doesn’t matter what you think or what you say or how much money you have or who your parents are. You can walk into a library, and you should be able to learn about anything without any judgment.”