When I was a kitten, I loved collecting rocks and gems. So, I was very excited to talk about your question with my friend Johannes Haemmerli. He studies minerals in the School of the Environment at Washington State University.

Minerals are solids that form from non-living elements in nature. They have a very specific structure for how those elements are arranged. Haemmerli told me that nearly all gems are minerals or sometimes mixtures of minerals.

You’re right that gems form underground. A diamond forms when the element carbon is buried nearly 100 miles deep inside the Earth. It’s super-hot and there’s tons of pressure down there. Eventually the pressure pushes the carbon atoms together to form the mineral we call diamond. Above ground, where there is much less pressure, the same carbon can come together and form a mineral we call graphite. That’s the “lead” of your pencil.

Sometimes gems form in scalding hot water called hydrothermal fluid. This water is underground and has dissolved elements in it. As it cools, those elements form minerals like quartz.

Haemmerli told me that process is like what happens if you pour sugar into hot tea. The sugar crystals dissolve in the tea. As the tea cools, the sugar crystals come out of the tea. You can see the crystals at the bottom of the cup. 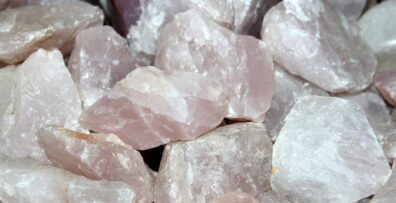 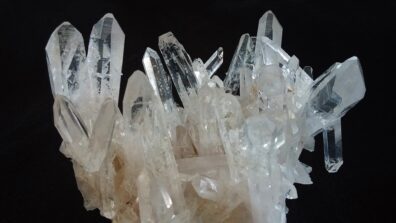 Gems sometimes come from liquid rock (magma) underground, too. It’s also full of different elements, so when it cools it can form gems.

I learned that what makes something a gem is simply that people love and value it. There are a few traits that make gems beloved and valuable. One is beauty. Usually this means the gem is a pretty color or super sparkly. Another trait is hardness. That keeps the gem from breaking or scratching if it’s worn as jewelry. Some gems are also rare.

Haemmerli told me that one of the rarest gems is tanzanite. It’s a blue or purple gem that formed under extreme conditions. Those conditions also formed the highest free-standing mountain: Mount Kilimanjaro in Tanzania. That’s the only place you can find tanzanite. Once it’s all mined, there won’t be anymore.

“Moonstone is actually a very unhappy mineral,” Haemmerli said. “It’s only nice and shiny because it became unstable at a certain point in its life. What that means is that elements started to rearrange in the mineral structure to find a more comfy place.”

During this process, thin layers form inside it. When light passes through those layers, the moonstone looks glowy—like the moon.

One of the coolest things about gems is that anyone can find them. There can even be gems in your backyard. That happens when forces under Earth’s crust push up rocks and crystals that formed deep underground.

Gems don’t always look colorful and sparkly when they’re found. The sparkle often comes from the way the gem is cut and polished. Sometimes labs add color to gems before they’re made into jewelry. They can also enhance a gem’s color by heating it up.

Gems get their natural color from impurities they pick up while forming. Haemmerli told me about a boring-looking mineral called corundum.

It just goes to show that sometimes imperfections or mistakes make things more interesting and beautiful.