Like many good students, you’ve probably noticed that when you study, especially late in the day, you feel sleepy. Scientists don’t know exactly why, but they have a few clues.

The human brain is packed with tens of billions of cells called neurons, which process and store information that helps us observe, understand and make decisions about the world.

My friend Hans Van Dongen, director of the Sleep and Performance Research Center and a professor of medicine at Washington State University, said you might think about neurons as workers in a huge company. Each neuron is an expert in a piece of information, and neurons work together to share what they know and build new connections in the brain. 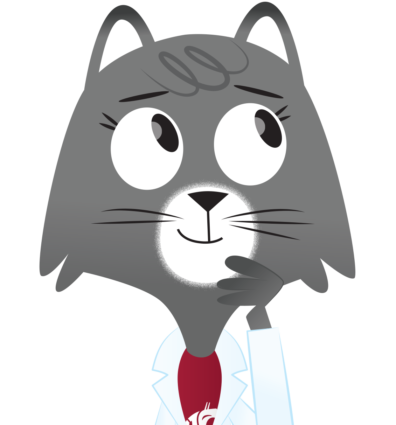 And just like workers in a company—or students like you—neurons need rest when they’ve been working hard. When you feel sleepy, that’s a sign that you (and your neurons) need to go to sleep.

Van Dongen said there are probably several reasons your brain needs sleep. The first is that thinking takes energy. Neurons processing information and making new connections may use up energy especially quickly.

“We know that one of the things that sleep can do for us is replenish the energy stores in the brain,” Van Dongen said.

Just a few years ago, sleep scientists discovered that your brain also pulses to flush out waste while you’re deeply asleep.

Imagine an office in that huge company where people have been piling up papers and coffee cups all day long. Pretty soon, it gets so cluttered there’s no room to work. The workers need to take a break and clean up.

Finally, your brain needs time to make sure the information it’s storing will last a long time. While you’re studying, your neurons are making new connections, and they might still be a little wobbly. While you’re sleeping, those connections get stronger.

Thinking back to your brain as a huge company, imagine the office needs some construction done to make room for new computer servers. It’s hard for the construction crew to work while everyone’s bustling around, so they come in and build things at night.

So, what should you do when you’re trying to focus on your homework, but you start to feel sleepy? Listen to your brain.

According to the American Academy of Sleep Medicine, kids ages 6 to 12 need nine to twelve hours of sleep every night. When you’re a teenager, you’ll need eight to ten hours—and Van Dongen said sleep scientists have learned teenagers’ brains usually like to fall asleep later at night and sleep in later in the morning.

If you were a cat like me, you’d need as much as 18 hours of a sleep every day. Even though you’re a kid, you can take cat naps to help your brain, too.

“Naps are awesome because naps are sleep,” Van Dongen said. “They pretty much count one hour for one hour. If you get two hours of napping in, that will count for two hours of sleep that you need in 24 hours.”

Next time you feel sleepy when you’re studying, head to bed or curl up for a nap. Who knows, maybe you’ll dream about being a scientist who discovers even more about sleep.