If you draw with a pencil, you can tell how soft the graphite inside is. Pieces of graphite break off to leave the pencil mark. But can you imagine drawing with a diamond? Diamonds and graphite are both what you might call rocks. How come they’re so different?

To find out, I talked to my friend Katie Cooper, a geologist and associate professor in the Washington State University School of the Environment. Geologists often study how different types of rocks and minerals form—and that’s the secret to whether they’re easy or hard to break.

Rocks are made of minerals, and minerals are made of elements, which are substances made of a single type of atom. You can get to know the Earth’s elements by looking at a Periodic Table.

Some minerals are made of a single element, like diamond and graphite, which are both made of carbon. Others are a mix, like limestone, which is made of calcium and carbon.

Geological forces such as pressure, temperature and time determine how elements form a rock or mineral, Cooper said.

Even though graphite and diamond are both made of carbon, they form differently. The way a rock forms determines its structure—how the atoms and minerals in it line up and join together. 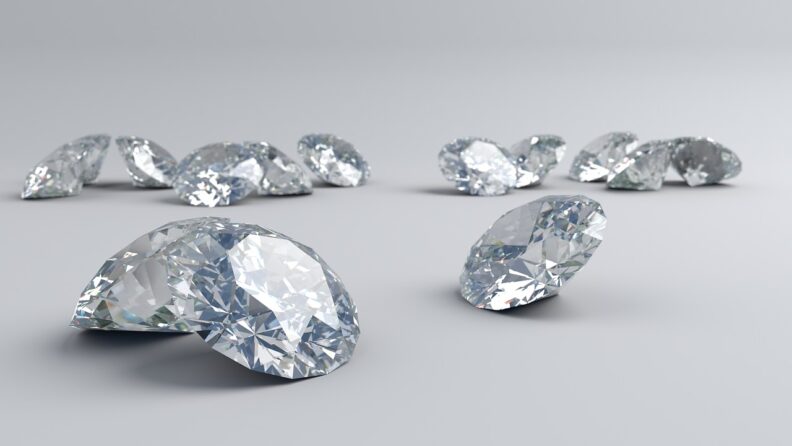 Diamonds form when carbon joins into complicated, interconnected crystals under intense pressure and heat deep within the earth. Graphite forms at lower temperatures and pressures, which make the atoms line up into sheets.

Cooper said the best way to understand how a rock’s structure affects the way it breaks is to get curious!

“Go out and very safely bang on some rocks,” she said.

Put on some safety goggles, grab an adult to help, find a rock, and pull it apart with your hands or whack it with a hammer. You might find flaky mica, a tough piece of quartz crystal, tiny bits of sand or a mineral you’ve never seen before.

Look at the way your rock breaks. Does it follow a pattern, or is it random? Are the pieces even or jagged? Are the colors on the inside of the rock different than the outside?

You can use your observations to learn more about your rock and look for clues about how it was formed. Those clues can help you understand what the Earth was like long ago.

“If you see something like sand grains, then it’s likely that the environment at the point in time when the rock formed was something that would lead to sand being deposited, whether it’s a beach or a desert or something else,” Cooper said. “If you see a rock with really big crystals in it, likely that rock at one time was inside the Earth, where it slowly cooled to make those crystals.”

Geologists like Cooper study rock formations to learn more about how the Earth has changed over time. But rocks can tell us about even more than Earth. Some geologists gather pictures and information about minerals on Mars, then compare them to Earth minerals to understand more about how Mars formed.

So if you’ve ever dreamed of exploring another planet, it turns out you can start right here on Earth! Just take a look at the rocks beneath your feet.