At the end of the day, you probably curl up in a cozy bed for a little shut eye. Unlike you, most spiders have eight eyes, and they never shut any of them. They don’t even have eyelids!

I talked about spider sleep with my friend Richard Zack, an entomologist and professor in WSU’s College of Agricultural, Human, and Natural Resource Sciences. He also runs the biggest insect museum in the state of Washington at WSU. He told me that spiders and insects do rest. They nestle into a safe spot and enter a “stupor,” which means they’re very still.

“We can go out at night—or during the day, depending on the type of critter that we’re looking at—and we can find them when they’re in some type of stupor condition,” Zack said. “So maybe there are a bunch of them sitting on a plant, and they’re not moving.”

While spiders rest, the processes inside their bodies slow way down. Zack says it’s possible to hook up spiders to tiny sensors to measure things like brain activity and muscle movement. That would show what happens inside the spiders’ bodies while they’re resting.

Like most animals, spiders have circadian rhythms. These internal clocks tell the spider when to rest. Just like other animals, some spiders rest at night while others rest during the day.

“They all go through some type of lower activity period. When they do that and how they do it would certainly be affected by where it is that you would normally find them,” Zack said.

There are more than 50,000 species of spiders. They have different habitats and ways of hunting. Those life traits affect when they rest. 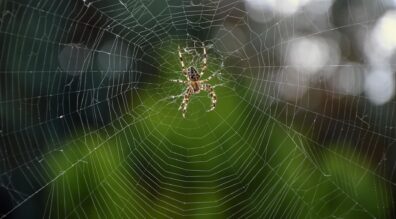 Many spiders who build webs are active at night. While you sleep, they build or repair their webs and catch juicy meals. Despite all their eyes, these spiders don’t see very well, so being awake in the dark is no big deal. During the day, they may rest in their webs or in a safe spot nearby. Some orb weaver spiders build a new web every night. They eat the old one in the morning! 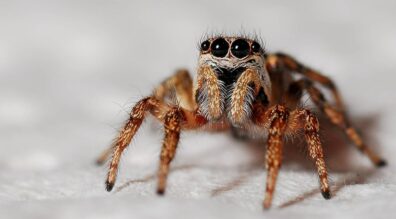 Other spiders hunt without spinning a web. Jumping spiders need amazing vision because they pounce on their prey. They’re usually active during the day when there’s more light. At night, some jumping spiders dangle from silk threads while they rest.

There are so many types of spiders. And there’s so much we still don’t know about how they rest. If you’re fascinated by spider sleep, a future in insect science might be dreamy.