Why do moon rocks taste better than Earth rocks? They’re a little meteor! In all seriousness, your question is something humans wondered about for a long time.

I talked to my friend Michael Allen, astronomy professor at WSU about how the moon formed. He told me we figured out the answer in 1972. That’s shortly after humans visited the moon for the first time. 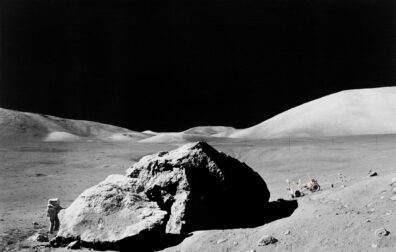 “The primary scientific goal of the Apollo moon landings was to determine the moon’s origin,” he said. “The astronauts collected moon rocks between 1969 and 1972. They thought the moon rocks were going to hold the answer to that question, and they were right!”

Once they got the moon rocks back to Earth, it was time to examine them. Scientists wanted to know how similar they were to Earth rocks. That would tell them if the moon formed at the same time and place as Earth.

When the solar system formed, objects closer to the sun were hotter than things farther away. They cooled differently and are made of different things.

So, scientists expected to be able to look at the composition of moon rocks and match them up with where they formed. If the moon formed with Earth, the moon should have an iron core, a rocky crust and some water—just like Earth. Its rocks would be identical to Earth’s rocks. If it formed far away and wandered into Earth’s orbit, the moon should be more like Mars or an asteroid.

So back in 1972, planetary scientists William Hartman and A.G.W. Cameron looked at this evidence. They came up with the collision-ejection theory.

It goes like this. Shortly after Earth formed 4.5 billion years ago, it was hot, liquid rock. That was a wild time in the solar system. There were lots of rock-like objects called planetesimals banging around and bashing into everything. Those collisions formed larger and larger objects—like planets. 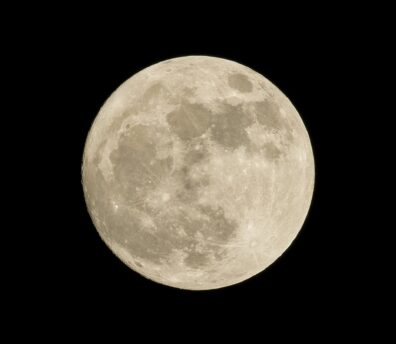 One planetesimal smacked into Earth. Allen said it was a glancing blow. That means it skimmed across Earth like a pebble across water. The collision sent some of Earth’s liquid rock flying into space. It splashed out like a ring around the Earth.

Then, it began cooling and sticking together into the round shape the moon is today. It probably happened fast. The whole thing could have taken just a few orbits around Earth!

Allen told me that having a moon is rare. It also affects life on Earth. Having a moon slows down Earth’s rotation. Without a moon, a day on Earth would be much shorter!

The next time you look at the moon, think about that random collision billions of years ago and the fearless astronauts who collected moon rocks so we could understand it.